When you come to Cyprus IVF Centre you’ll meet talented experts who all love their work. Some are organisers. Some are problem solvers. Some are IT geeks and some are our medical brains. But each of them knows their stuff and will work to the best of their ability for you.

You may have heard about Team Miracle from a friend, on the internet via fertility forums or maybe through a Google search. However, regardless of how you arrived at this website, you will be wondering who we are.

Team Miracle is the result of 10 years of cooperation and teamwork treating over 12,000 patients as of 2018. We were the first organisation in Northern Cyprus to specialise in offering tailor made IVF treatment cycles for international patients. We have a huge level of experience within the industry and can help you through every stage of your fertility journey.

Team Miracle is comprised of six core members making up the coordination team and a wider workforce of doctors, nurses, anaesthetists, embryologists, biologists, genetic experts, laboratory technicians, chauffeurs, chefs and other support staff, who all work together to offer you a relaxing, problem-free treatment at Cyprus IVF Centre.

So let’s meet the team… 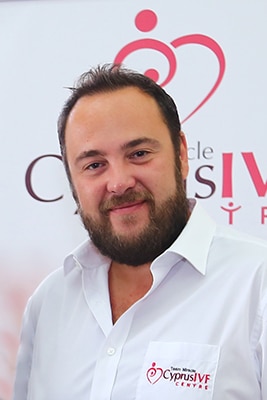 Ümit is our bilingual Patient Liaison as well as being our general “Mr Fix It”. Ümit is the main contact for patients while they are in Cyprus. His responsibilities include meeting patients on their arrival and guiding them through each stage of their treatment. He provides educational information in conjunction with the doctors relating to treatments, procedures, medication and continuing care requirements. He will provide patients with updates from the embryologist regarding egg quality, fertilisation rates and embryo numbers.

Ümit ensures that each patient receives the best service possible by completing patient rounds, documenting care, providing full explanations of each step and outcome of the treatment at Cyprus IVF Centre. Ümit also collects information provided by patients regarding their care, administration and patient satisfaction and communicates this information to the appropriate departments within Cyprus IVF Centre hospital.

Ümit grew up in Istanbul, Turkey before moving to North Cyprus for university in 1997. He graduated from the faculty of Communication & Media Studies, Public Relations & Advertising department in 2001. Ümit moved to New York in 2001 after being head-hunted by a top advertising agency. In 2005, Ümit returned to North Cyprus and he became a member of Team Miracle in 2008. Ümit is fluent in both Turkish and English and he will help you through every minute of your time in Cyprus. He deals with a huge variety of things: from airport transfers to medication deliveries to requests for extra pillows at the hotel! Ümit is based at the hospital and you will meet him along with Hakan at your appointments. 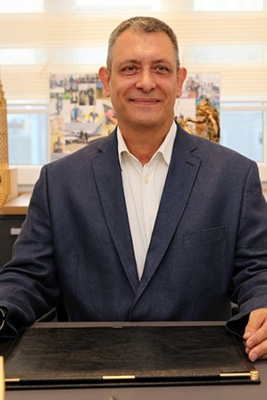 Dr. H.I.Tekin is one of the most popular and sought after physician’s known for his successful achievements as well as his compassion and approach towards all his patients. He works with a professional team from Turkey, UK, Canada, Greece and USA, that are all dedicated fully to ensure the highest possible standards of care is delivered on a daily basis.

Dr. Tekin was born on the 8th of September in 1962 in the capital city of North Cyprus, Nicosia. He attended Tavas Istiklal primary school. In 1973, he achieved acceptance into Galatasaray Lisesi where he continued his middle and secondary school education. In 1987 he attended and completed education in the Medical Faculty of İstanbul Cerrahpaşa University and shortly majored in Forensic Medicine. In 1985, he worked alongside Prof. C.Pray at the Lille University located in France for a period of five months in the Endocrinology Surgery branch. Between the years of 1987-1989, he provided services at the emergency unit as well as Forensic Medicine at Denizli Government Hospital. In 1988 he obtained a certificate from the Ankara Numune Hospital for First Aid emergency services. From 1991-2004 he worked On-call at the Pakize Tarzi Hospital. Once completing his education at Zeynep Kamil Hospital in 1995, he then became a specialist in Obstetrics and Gynecology. He began working at the same hospital in 1997 at the IVF center alongside the first IVF specialists, Prof. Laufer as well as Prof. Atasu, Prof. U.Özekici and Prof. Sahmay. While working at the very same hospital, he obtained assisted reproductive medicine license (ART). Between the years of 1993-1995 he has also worked at Marmara University in the animal research field for endometriosis.

In 2000 he founded the first IVF center in North Cyprus, Nicosia, which was also the first Turkish donation center.

Dr. Tekin is always up to date with the most recent studies in fertility medicine, which is why we have our fantastic success rates. 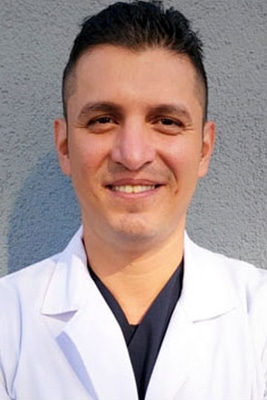 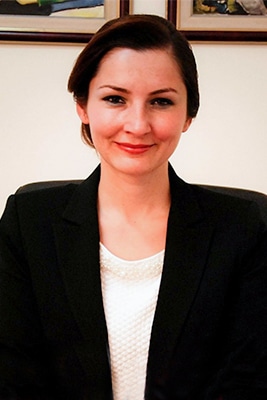 Hanze Neara completed her education at the Eastern Mediterranean University, Department of Information Technologies, and started her career in 2008 as Embryology Assistant. She then worked as Accounting staff, Director-Center coordinator and Hospital Manager. Hanze Neara, who is competent in English, performs patient-doctor relations in a fast and reliable manner while ensuring a comfortable work environment for patients and doctors with her solution oriented approaches.