Are you a man standing by in this new world of IVF treatment in Cyprus ?

Previous Next
Are you a man standing by in this new world of IVF treatment in Cyprus ?

When we think about IVF, we almost always consider it from the female perspective. And whilst this is entirely natural because it is the female who will undergo the more invasive treatment, it is also important to remember that there is another person just as invested in the success of IVF as the woman. The male. The man. The partner.

The effect on a male partner is very likely to be impacted by whether a poor sperm count is involved in the fertility problems. Many men report feeling guilty, as though they are to ‘blame’. It can be a blow to their masculinity. But there’s no need for this thought process; IVF is not a procedure where blame can be, or should be, apportioned.

If there is a very poor sperm count, or none at all, then using donor sperm may become a reality. For some men this can be a very hard decision. They report feeling worried, unsure and guilty and some say that for them, it is something which ‘never finishes’. However the reality of having a baby using strong, healthy sperm is something which eventually comes above anything else. But it’s important to realise how a male partner might be feeling so that you can understand and offer support.

Team Miracle at the Cyprus IVF Centre are accustomed to dealing with all emotional reactions and sometimes just a chat with one of our patient co-ordinators can be exactly what is needed to put your mind at rest.

In virtually all life situations involving male and female counterparts, the male will take the protective role. Therefore it can be very tough for a man to stand by and watch his partner go through the treatment, knowing that there is little he can practically do to help. Many men report feeling as though they are watching helplessly from the sidelines, unsure what to say or do or know how their wife is feeling. Virtually all treatment is carried out upon the woman and men can find having such a small role distressing or embarrassing. Men often worry about the effects of the IVF treatment in Cyprus upon the mother, but feel that they can’t say. They may even blame themselves and choose to internalise the thought to avoid more stress upon their wife or girlfriend.

Some men find it very hard to distinguish exactly where their role in decision-making lies. For example, if natural conception is proving impossible and the female is happy to adopt but the male is not – where does the balance of power lie? And how can it be found? The answer of course is in honest, open discussion, but it can sometimes be difficult to see that in an emotionally – charged situation. There is little that can’t be solved by talking or seeking a third opinion where possible.

And likewise with support. The partner may desperately wish to be as strong a support as is needed – and yet not know how to. All this can lead to a confusing mix of feelings which is hard to navigate through.
So, what advice can we give to the male partner ?

Sometimes men feel as though they are the ‘inferior’ partner during IVF treatment. But actually, although they may not go through the same, gruelling treatment processes as a woman, emotionally they are just as affected. Ultimately it is their child being created and no-one should underestimate the impact that can have; even on a ‘silent’ partner.

At the Cyprus IVF Centre we are used to seeing a range of emotions from both partners. Team Miracle have all the skill and expertise to guide you both through IVF treatment and look after you on the way. 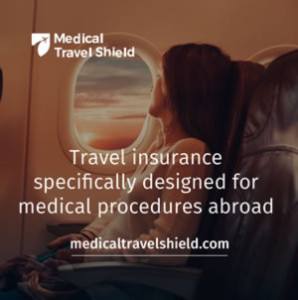